This breathtaking national park is just off the Capricorn Highway, about 170km inland from Rockhampton. With hikes for a range of fitness levels, gorgeous lookouts, a waterfall to swim under and Ghungalu art work on rock faces, it's absolutely worth a trip. And, unlike lots of the other incredible places in Queensland, you don’t need a 4x4 to enjoy it!

The Capricorn Highway - formerly Australia's Route 66 until it was renamed as the far less exciting A4 in the early 2000s - is your route inland to some of Queensland's nicest outback towns, stunning scenery, and national parks.

Around 8,000 people live in this Central Queensland town. Best know for its mining - both historical and current - it's an interesting stop along the Capricorn Highway and a great place to stay if you're heading up to the Blackdown Tableland National Park.

A Winter Wonderland in Vermont, Stowe provides the perfect setting for a dream Christmas break. Guest blog by Tameka Bailey.

The cost of resorts on the Dead Sea almost stopped us going, but this post tells you all you need to know about the affordable way to see the sea. 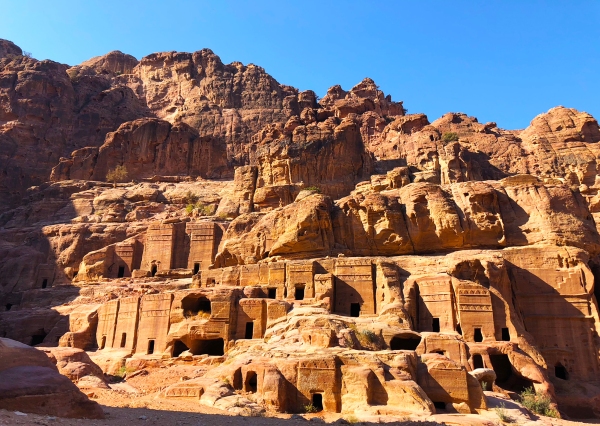 Making the most of your time in Petra is really important, especially if you only have one day. Here are all the things you need to know before you go, and what to do when you get there.

Make sure you get the best from your trip to Wadi Rum - when you go, where to stay, and how to get around this wonderful wilderness. 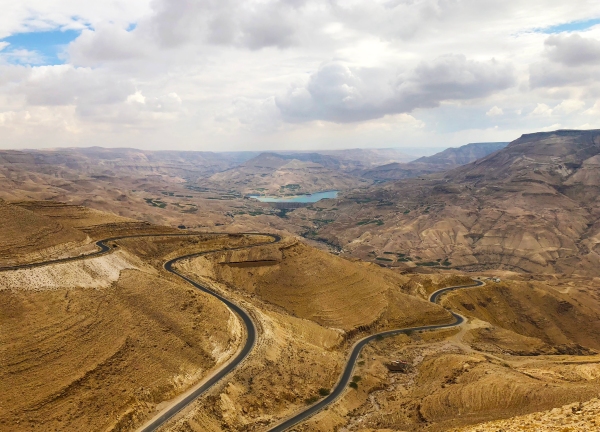 Travelling through Jordan? This post will make sure you take the long way round via the King’s Highway.

This post has everything you need to get the most from your time in Jordan’s capital, Amman.

There are a range of agents offering to plan every detail of your Jordan trip for you, but a little research (and hopefully this blog post!) will save you hundreds of pounds.

Tallinn is a fantastic, but often overlooked, place. If you’re in Europe already, it’s a super affordable way to have a quintessential Christmas long weekend, complete with markets and a huge tree in the medieval square. If you are further afield and planning a longer visit to Europe, then make sure the well-known destinations like Paris and Munich don’t push the hidden treasures of Tallinn off your list. Its beautiful architecture, fascinating history, charming character and outstanding value all deserve your attention and time. 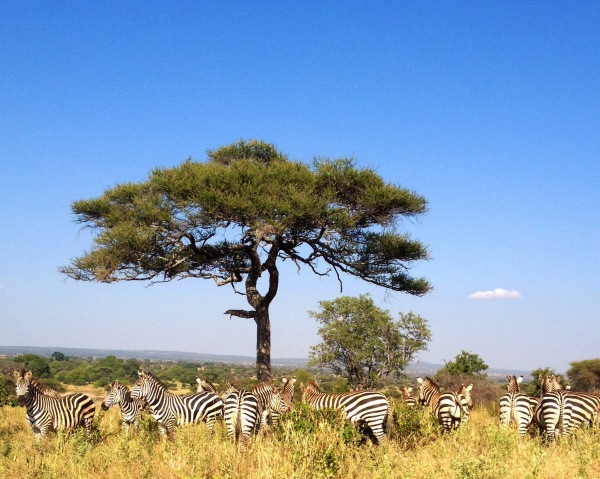 Ever dreamed of going on a safari? Did you know you could combine it with some time in a white sanded paradise? Read on to find out how to spend a perfect ten days in Tanzania. 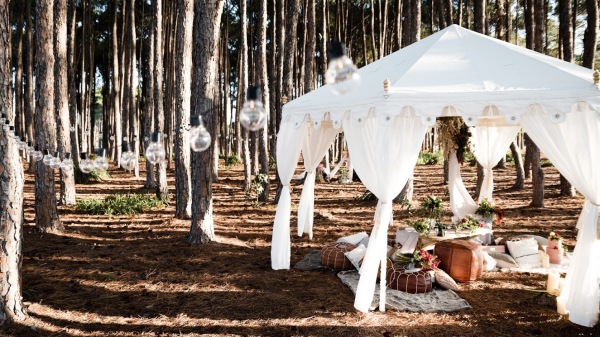 Wedding planning can be both intensely exciting and incredibly exhausting. The big day itself promises to be an extraordinary celebration of you and your partner’s love and commitment to one another, and it can be hard to imagine anything beyond the date you have been so focused on for months, if not years. But imagine you must, because what comes after a wedding? Your magical honeymoon!

Vanuatu is made up of over 80 islands, dotted across 1,300km of the South Pacific Ocean between Australia and Fiji. The diversity of the scenery is truly remarkable, which means whatever your idea of a perfect island adventure is chances are you can do it here. Hike up an erupting volcano and ash board back down? Check. Snorkel through stunning blue holes and caves? Check. Scuba dive in shipwrecks? Check. Relax on white sandy beaches next to crystal clear water? Absolutely check. Click to read about the top things to do and the best places to stay in Vanuatu. 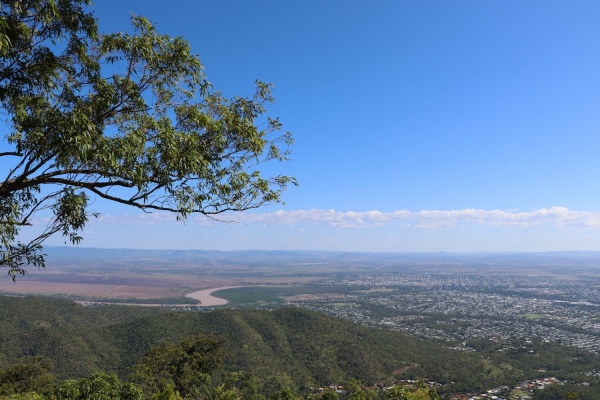 Known by many as the Beef Capital of Australia due to the major cattle stations nearby, Rockhampton really does have so much more to offer. (Which, as a vegetarian, I am very thankful for!) Sitting on the Tropic of Capricorn, this city-region of over 80,000 people is big enough to have all the major amenities (including an airport) but small (and spread out) enough to retain a laid back country feel. A perfect example of this unique combination is the Fitzroy River running through the middle of the newly developed CBD. Stunning heritage buildings, outstanding restaurants, and tech driven modern facilities sit adjacent to fishing boats and meandering riverside walks, all just a stone’s throw away from the beautiful Mount Archer National Park.

Click to find out all about the many faces of the Rockhampton Region.

There’s the old adage that love means being willing to sacrifice. For Florence, I very willingly sacrifice sleep, savings and any form of calorie counting - and would gladly do so any day of the week. It’s an easy exchange. Here you are repaid in cultural experiences that are nothing short of amazing.

Click to read about Vespa tours, wonderful walks, and all the best bits of Florence.

Blessed with long beaches, a tropical climate and a bay filled with beautiful islands, Yeppoon is the principal town along the Capricorn Coast. Many Rockhampton dwellers travel north east to escape the still heat which can make the city uncomfortably hot in summer, and are greeted by a gentle sea breeze and cooler temperatures. Don't make the mistake that many do and visit Yeppoon solely to sail out to the Southern Great Barrier Reef and the Keppel Islands. The town itself has developed a real character and is worth a few days of your time.

Click to find out about where to stay, where to eat, and stunning sunset cruises.

Around 480km north of Brisbane, sitting on the tip of a peninsula, lies the only place in the world to have a number for its name. 1770, so called to commemorate the year Captain James Cook first set foot on Queensland, is a tiny town with a population of just 76. The scenery here is stunning, and at the very edge of the coast you can see water on three sides of you. Agnes Water, with its amenities, beaches, and gargantuan population in comparison (it's still less than 3,000), lies just a few kilometres south.

Click to read about one of the best air bnbs I have ever been too, swimming with turtles at Lady Musgrave Island, and one of the most affordable ways to see the Great Barrier Reef. 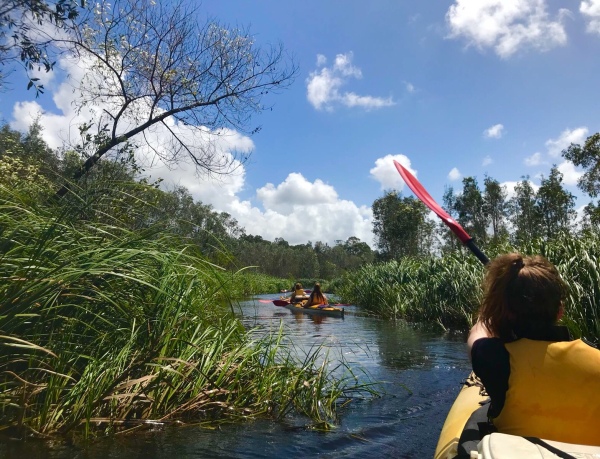 Situated just north of Brisbane on Queensland's Sunshine Coast, Noosa provides a combination of excellent surf, boutique shops and restaurants, and areas of genuinely outstanding natural beauty.
We stayed for just one night and kayaked through the incredible Everglades, and all of us wish we had booked for longer as there was much more we wanted to see - if you have the time Noosa is definitely worth more than a quick stopover.

With its beautiful rainforests, impressive gorges and a near certain platypus sighting, Eungella National Park needs to be on your list of places to go.

One of the benefits of Australia arguing over what should be its capital (and ultimately creating Canberra for that purpose) is that Melbourne and Sydney seem to be perpetually competing to be seen as the country's top city. Sydney is amazing but spread out and expensive. Read on to find out how to do Sydney on a budget.

The Whitsundays really do live up to the hype. The scenery is breathtaking, whether it's the hilly islands, the incredible aqua marine colour of the water, or the famous Whitehaven Beach with some of the purest sand you'll find on the planet. Is it worth paying the extra to live aboard a sail boat rather than take a day trip? Which is the best company to use? How long should you stay in Airlie Beach? Read on to find out.

Queensland's capital city is home to over two million people, making it Australia's third most populous city after Sydney and Melbourne. With the most days of sunshine per year of any Australian state capital, it's becoming a firm favourite for those who want a modern city lifestyle without the cost (and the more mixed weather) of Melbourne and Sydney. To find out where to go for the best views and food in Brisbane, read on. 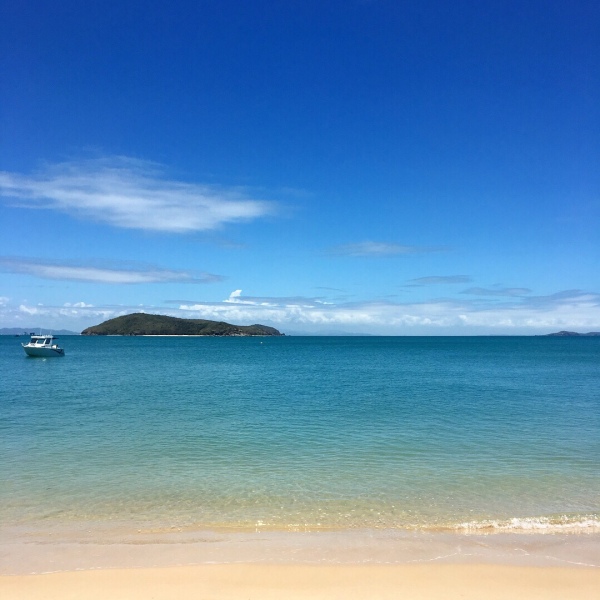 Planning an Australian or Queensland road trip but don’t know where to start? We have all the information you need in one place. The best bit? It’s all from personal experience and it’s totally impartial. 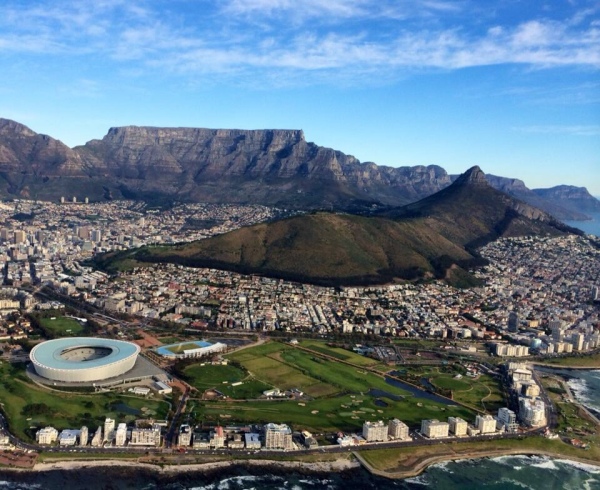 Nestled between dramatic mountains and the Atlantic Ocean, Cape Town has transformed itself from somewhere only the adventurous would explore to a mainstream tourist destination. With incredible road trips, whale watching, penguins, vineyards, surfing, great restaurants and a challenging but fascinating history all packed together, it's not hard to see why. Read on for information on helicopter trips, whale watching, and unbelievably cheap wine tasting.

Philadelphia, largely known for Revolution and Rocky, is the largest city in Pennsylvania. It has plenty of fascinating history to explore, as well as a lovely character to enjoy. Only got a day to spend in Philadelphia? Here’s your plan of what to see, where to go, and places to eat. 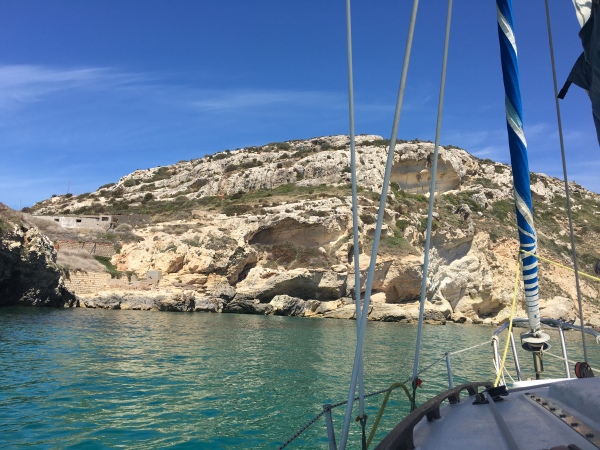 Cagliari is the capital of the Italian island of Sardinia. Filled with stunning architecture (including the 13th century Cathedral and the hilltop Castello) and situated on a breathtaking coastline, it is a great choice for a beautiful and peaceful Italian get away. Thanks to the fact that RyanAir and EasyJet both now fly direct to Cagliari Elmas Airport from a range of European cities including London, it can be a very affordable one too. We went on an absolutely amazing (and affordable!) private sailing trip in Sardinia - read the full post for details. 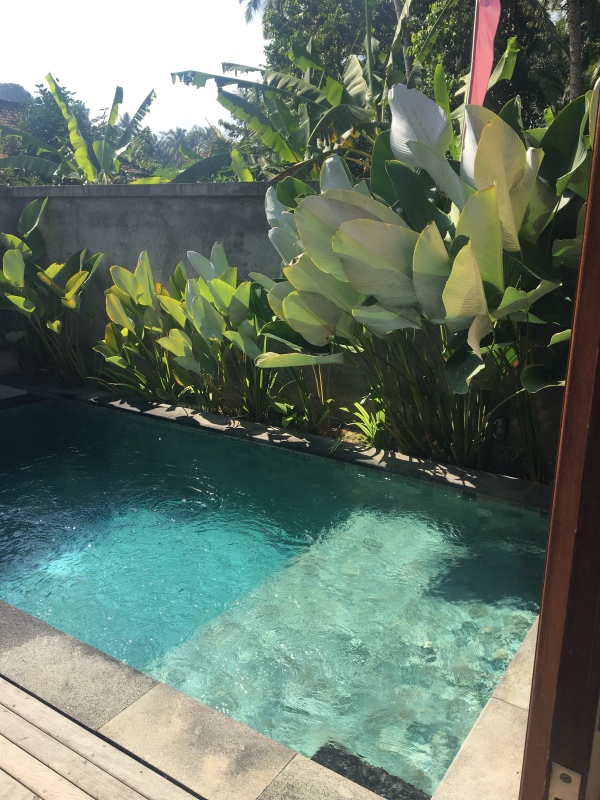 Bali, home to over four million people, is the main arrival point for those coming to Indonesia. This beautiful island is much larger than I thought before I went (nearly 6,000 square kms), and has everything from postcard beaches on the coastline to volcanic mountains in the forests. It can be a place to party (particularly in the capital, Denpasar, where you will certainly meet an Aussie or two) or to relax, with yoga and meditation retreats available to match any budget.

We spent an absolutely wonderful few days on Gili Air - white sands, crystal clear waters, shade provided by palm trees, and one of the most beautiful sunsets you will ever see. We can't wait to go back!
Gili Air is one of the three very small Gili Islands located off the north west coast of Lombok, Indonesia. The other two islands are Gili Trawangan, where you'll find younger backpackers and all night parties, and Gili Meno, which is incredibly peaceful and underdeveloped. We felt that Gili Air sounded like a good mix of both - more amenities and bars than Meno, but a more relaxing vibe than Trawangan.

The breakfast at the resort where we stayed was the best I have ever had anywhere in the world - read on to find out how you can enjoy it too.

K'gari, or Fraser Island, is situated off the coast of southern Queensland and is the largest sand island in the world. A favourite for families, backpackers, and grey nomads alike, the island is packed with natural wonders and and incredible beaches. If you are in Australia this should definitely be near the top of your list.

Thinking of visiting Fraser Island? Don’t know whether to do a day trip from the mainland, stay in a resort, hire your own 4x4, or join a tour? If you choose a tour, what company is best? We have all the information you need right here. 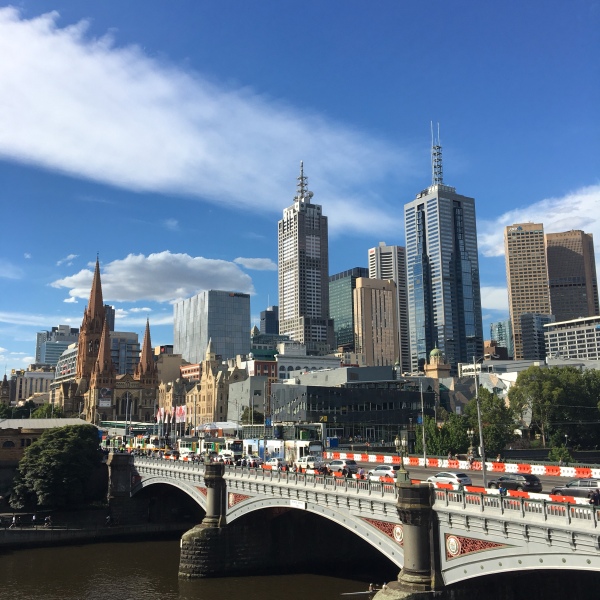 Often said to be the most European city down under (due to its changeable weather just as much as its cafe culture), Melbourne is a must visit for anyone exploring Australia.

Click to find out more about the beautiful botanic gardens, the towering skyscrapers in the CBD, the impressive array of museums and arts on offer, the laneways that weave through the city, and how to enjoy Melbourne without breaking the bank.